I Have a Balloon by Ariel Bernstein; Scott Magoon (Illustrator)

Owl has a red balloon. Monkey does not. “That red balloon matches my shiny red tie,” says Monkey. “I’d look fancy walking to school with a shiny red balloon. The only thing I’ve ever wanted, since right now, is a shiny, big red balloon. It would make me SO HAPPY!” But Owl does not want to give it to him. So Monkey tries to find something that Owl wants: a teddy bear, a robot, a picture of TEN balloons. Owl does not want any of these things. But then, Monkey offers him…a sock! Hmmmmm…Owl is intrigued. Will he trade his shiny red balloon with Monkey? Hint: this is not a book about sharing.

What animals compose music, decorate their homes, weave, and even give gifts? BIRDS! While they may eat bugs and lay eggs, we actually have a lot in common with these winged creatures. From their parenting to their homemaking, their fishing to their dancing, birds do have lots in common with people–though with fascinating twists all their own. Factual and funny–and featuring a dynamic mix of photographs and cartoon illustrations–Just Like Us! Birds will charm even the most reluctant nonfiction readers.

The team behind the New York Times bestselling Wolfie the Bunny and Horrible Bear! is back with with new Arctic characters in this hilarious learning-to-read adventure! Aboard the S.S. Cliff, First Mate Foxy reads an interesting fact: “Lemmings don’t jump off cliffs.” But Foxy can’t get the lemmings on the Cliff to read his book, too. They’re too busy jumping off. After a chilly third rescue, exasperated Foxy and grumbly polar bear Captain PB realize their naughty nautical crew isn’t being stubborn: The lemmings (Jumper, Me Too, and Ditto) can’t read. And until Foxy patiently teaches his lemmings to read the book, he can’t return to reading it, either!

I Want That Nut! by Madeline Valentine 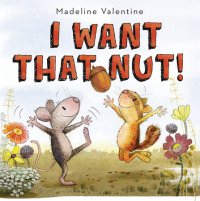 A nutty and clever buddy story that celebrates cooperation, perfect for fans of Duck and Goose. Meet Mouse and Chipmunk, two young rodents who want the same thing–a big, beautiful nut! But who deserves it more? After all, Chipmunk and the Nut read together and lie in the grass and stare at the clouds. Chipmunk wants that nut! And Mouse and the Nut play tic-tac-toe and have a dance party together. Mouse also wants that nut!   But then Squirrel comes along and claims the Nut for his own. What’s a rodent to do? 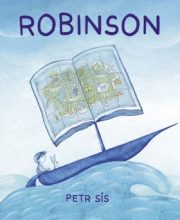 A boy who loves adventure. A mysterious solo journey. A remote island wilderness. Cast away in this beautiful dreamlike story and discover what surprises await. Peter Sís blends a true story from his childhood with the fictional adventure of Robinson Crusoe to create a magical picture book filled with heart and imagination that readers will want to return to again and again.