Celebrating the inventor of the Crayola crayon! This gloriously illustrated picture book biography tells the inspiring story of Edwin Binney, the inventor of one of the world’s most beloved toys.

Janet Collins wanted to be a ballerina in the 1930s and 40s, a time when racial segregation was widespread in the United States. From her early childhood lessons to the height of her success as the first African-American prima ballerina in the Metropolitan Opera, this is the story of a remarkable pioneer. 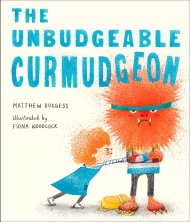 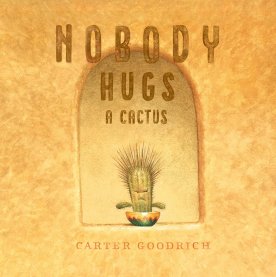 Bird builds the perfect nest, the only problem is everyone else wants to sleep in it!

Have you ever seen a curmudgeon that looks like your brother, but is in such a bad mood you hardly recognize him? You can try all the peanut butter sandwiches and brownies you have, but he is not moving. Nothing works, especially nudging, and he just makes you so grumpy that eventually you have no choice but to fight back–and then… Have you ever become a curmudgeon that just won’t budge?

Nobody Hugs a Cactus

Hank, a cactus who is as prickly on the inside as he is on the outside, decides he wants a hug.

There are No Bears in this Bakery

When Muffin, a cat, hears a suspicious noise at the Little Bear Bakery, his investigation reveals a hungry bear cub.