The National Guideline Clearinghouse, used by many health practitioners to determine care recommendations, has lost its funding. The website goes down today, July 16th, and may or may not be replaced. Read the announcement

The NGC was an open-access database administered by the Agency for Healthcare Research and Quality, part of the U.S. Health and Human Services administration. We will watch for developments on this important resource. 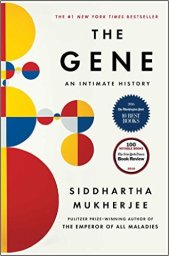 The Pulitzer Prize-winning author draws on his scientific knowledge and research to describe the magisterial history of a scientific idea, the quest to decipher the master-code of instructions that makes and defines humans; that governs our form, function, and fate; and that determines the future of our children. The story of the gene begins in earnest in an obscure Augustinian abbey in Moravia in 1856 where Gregor Mendel, a monk working with pea plants, stumbles on the idea of a “unit of heredity.” It intersects with Darwin’s theory of evolution, and collides with the horrors of Nazi eugenics in the 1940s. The gene transforms postwar biology. It invades discourses concerning race and identity and provides startling answers to some of the most potent questions coursing through our political and cultural realms. It reorganizes our understanding of sexuality, gender identity, sexual orientation, temperament, choice, and free will, thus raising the most urgent questions affecting our personal realms. Above all, the story of the gene is driven by human ingenuity and obsessive minds–from Mendel and Darwin to Francis Crick, James Watson, and Rosalind Franklin to the thousands of scientists working today to understand the code of codes. Woven through the book is the story of Mukherjee’s own family and its recurring pattern of schizophrenia, a haunting reminder that the science of genetics is not confined to the laboratory but is vitally relevant to everyday lives. The moral complexity of genetics reverberates even more urgently today as we learn to “read” and “write” the human genome–unleashing the potential to change the fates and identities of our children and our children’s children.–Adapted from dust jacket.

Understanding the complex legal and ethical principles that govern health information management is more important than ever. To help you successfully navigate these legal issues, LEGAL AND ETHICAL ASPECTS OF HEALTH INFORMATION MANAGEMENT is revised, updated, and expanded, providing the opportunity to focus on law and ethics as they relate to HIM. Key topics include the role of social media in health care, expansion of existing materials on e-discovery, compliance, completeness of the health record, breaches of confidentiality, and much more. Features include enrichment activities, mapping to CAHIIM standards, and interactive quizzing and case studies to help develop practical application and high-level problem solving skills. Written by a seasoned HIM professional and lawyer, LEGAL AND ETHICAL ASPECTS OF HEALTH INFORMATION MANAGEMENT, 4th Edition provides a complete solution for understanding the legal and ethical concerns that safeguard health care information today.

How do you solve population-level health problems and develop appropriate nursing interventions?

This unique, problem-solving, case-based approach shows you how. You’ll encounter three different case studies in every chapter–two in the text and one online at DavisPlus–that explore concepts such as community assessments, public health policy, and surveillance. Step by step, you’ll develop the knowledge and skills you need to apply public health principles across a variety of health care settings, special populations, and scenarios. 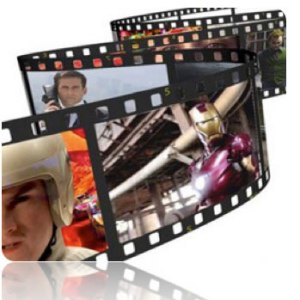 Close to 4000 DVDs are available for you to view in your Library. Come and see what new titles we have recently added to our video collection.
You Don’t Know Jack DVD
PN 1992.77 .Y68 2010

Made for HBO, Barry Levinson’s sympathetic telefilm casts an affable eye on a serious subject: the mission of Jack Kevorkian (a thoroughly de-glamorized Al Pacino). In the opening sequence, Kevorkian tells his long-suffering sister, Margo (Brenda Vaccaro, excellent), how hard he found it to watch their mother die a long and agonizing death. Convinced that the terminally ill deserve the right to die with dignity, he shares his beliefs with Jack (James Urbaniak), a Detroit journalist; Janet (Susan Sarandon), a Hemlock Society leader; and Neal (John Goodman), a medical supply salesman (the scenes of Neal and Jack playing poker recall Levinson’s Diner). Before he’s assisted a single patient, Kevorkian makes the national news, prompting Neal to quip, “You’re not a local quack anymore. You’re America’s quack.” Writer Adam Mazer profiles several of the 130 patients to take advantage of his “mercy machine,” starting with Janet Adkins, who suffered from Alzheimer’s disease. For protection, Jack acquires the services of attorney Geoffrey Fieger (Danny Huston), who supports him through evictions, lawsuits, jail time, and hunger strikes–until Kevorkian engineers his own downfall by defending himself. As with HBO’s Recount, Levinson adds archival footage at key points, such that Barbara Walters and others appear to play themselves. If he handles Jack’s quirks with humor, he always treats the afflicted with respect, and if Pacino’s accent skews more New York than Michigan, his pleasure in playing this strong-willed eccentric fuels Levinson’s finest directorial effort in ages. –Kathleen C. Fennessy

Every day, 1 in 5 children under 18 years of age receives medication for an acute pathology. When mediations taken for chronic conditions such as asthma, diabetes and ADHD — as well as over-the counter medications — are taken into consideration, the total number of children who are taking medications in the United States is staggering. Administering medication to children is a unique challenge requiring specialized knowledge and skills. The nurse must consider each child’s age, background and level of physical and psychosocial development, and the administration process must be tailored to meet these particular needs. In addition, children are particularly vulnerable to medication errors. The two-part “Medicating Children” series demonstrates the safest, gentlest and least intrusive methods of administering pediatric medications to children of varying ages. It includes clear guidelines for the preventions of errors, appropriate precautions and instruction on the precise administration of otic, ophthalmic, nasal, oral and rectal medications. 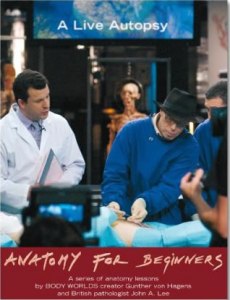 Dr. Gunther von Hagens and Prof. John A Lee take a journey through the human body in front of a live audience. To show the mechanics of the human body, Dr. Gunther von Hagens performs the autopsy While Prof. John A. Lee analyzes the complex design. Each program focuses on a different function. Starting with movement, followed by circulation, digestion and reproduction. The 200 minute long, four-part series of anatomy classes aims to reveal exactly how the human body functions. It presents an informative and fascinating anatomy lesson from the brain to the toes and takes viewers on a tour of the inner body.

Check out our new non-fiction titles, beautifully displayed as you enter the Library through our South side entrance. Dozens of new nursing titles, a collection of rain gardening and foodscaping topics,manufacturing, welding and the list goes on…